- January 20, 2017
Before you met her, she already had a life of her own. That's what attracted you to her in the first place. That she was fierce and independent and amazingly, so amazingly stubborn. That she never backed down from any challenge or let someone else intimidate her. You loved her confident stride and how her head was always held up high. How there was always a bounce in her step, a smile on her lips and determination in her eyes.

She's fire, she's the sea. Her bubbly personality can change to a savage one should someone she cares about gets hurt. She can be a sinner or a saint. A princess and a warrior. She was the girl of your dreams and nightmares.

And so you pursued her. Cherished her and treated her far better than any other. Made her feel special, got to know her on a more personal level. Called and texted her every minute of every day. You met her parents, the two most important people in her entire world. You met her bestfriends, spent every possible free time with her and cared for her like no one could. You earned her trust, her affection, her love. She said yes.

It started with small things. Things you asked her to change and she complied. She thought it was cute and that it was manageable. She adjusted for you, and you for her. It was perfect. There were times when you argued and fought, yes, but after some down time and kisses, you were good as new.

From little things, it went on to how she dressed, where she went, who she's with and even what she said. She obeyed as much as she could to keep the peace, but some days she just can't. Little by little you chipped off pieces of her true self and tried to fit her in your cookie cutter mold. Each tiny cut bled, and with her blood, out flowed a bit of her love. Her trust. Her affection.

She tried to heal herself, made herself into what you've always dreamed of and tried to fight for both of you. She tried to recover what she lost and willed herself to stay and persevere and hold on. She bound her old self and secured it with every ounce of conviction she has. She wanted to appease you, whatever gods you're trying to sacrifice her true self to.

However, the more she bound herself to you, the more she fights herself. It's a never ending battle, one she doesn't want to admit defeat because doing so would mean losing you. You're all that she has and you're all that she loves and only time will tell if she'll ever learn how to love without you. She's scared of what the future will bring and what will happen if she takes another blow.

It's been two years and although friendship is your foundation and love is your shield, it isn't enough. There's also compromise and communication and understanding and freedom and a lot more other factors to keep you going. Right from the start you knew she's not one to back down, or break down or submit to others. For you she did. She's not one to change, or adjust or sacrifice. For your relationship, she did. She's not one for tears, or apologies. To keep the peace, she did.

I'm not saying it's a one-way street, that you did nothing. I only want you to realize that pushing her too much to the edge might make her decide to close her eyes and just jump to her death. Your relationship's death. She's fighting for both of you, trying to make you understand her side and making you see reason. She's trying to hold on and keep her faith and believe in you that you'll come around. Take her hand and pull her up.

Put your arms around her and remember all your promises that you'll be there for her and support and be her number one fan. Remember that this girl, your woman, doesn't need a bodyguard. She needs a companion. She needs a coach, a cheerleader, a motivator. She needs someone who'll hold her hands, tell her that she can and encourage to become her best self. She's a warrior in her own right, and she can stand on her own two feet.

You know that right?

That's why you fell in love with her in the first place. Because she's different and she's  unique and one of a kind. Because she's an outcast, but she wears that badge with pride. Because she's never a princess, waiting for others to do the job for her. She's a motherfucking queen who gets shit done and gets her hands dirty if it means being able to resolve the problem. Because she's the first one to say yes and lend a hand and show others that there's another way out. She's a trendsetter, a trailblazer, a whistle blower. 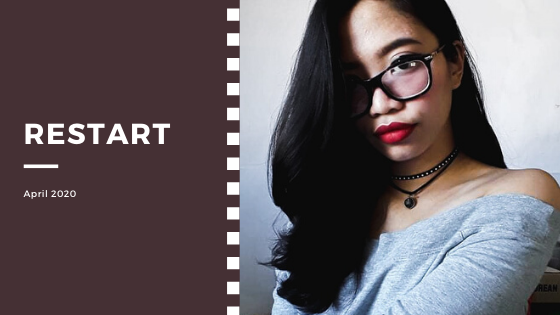